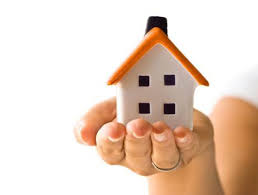 successfully re-housed in a property owned by a housing association. Unfortunately, their second baby was born with a serious condition and had to spend months in hospital after birth. Their baby was in need of sterile and clean conditions. However, the problem was the bathroom in their new home. They pointed out to the housing association that it had severe problems with mould, condensation and damp. They asked for urgent repairs as their baby was coming home from hospital. However, the housing association told them that they could not treat the repairs as a priority and showed no interest in doing the work quickly. The housing association also refused an offer by Rik (who is a qualified builder) to repair the bathroom himself and forbade him from doing so. Jan and Rik came to Ealing Advice for help.

Under the tenancy agreement the landlord was liable for disrepair as well as under the Landlord and Tenant Act 1987 and at common law. However, it would take a considerable time and possible expense to use the County Court procedure. Because the condition of the bathroom was so bad, the couple were informed that the housing association as an owner could be prosecuted under environmental health legislation. Under section 79 (1)(a) of the Environmental Protection Act 1990 it is a statutory nuisance for any premises in such a condition as ‘to be prejudicial to health or a nuisance.

Under the Act local authorities may inspect such premises and issue abatement orders. Prosecutions can also be brought under section 80 following service of such an order. It is also possible to bring a private prosecution under these provisions, and the owner of premises can be prosecuted through the magistrates’ court and fined up to £20 000. Various forms of evidence can be used including witness statements, photographic or video evidence, surveyors reports and medical evidence. Reminding the housing association of its potential liability under the EPA led to the problem with Jan and Rik’s bathroom being speedily being resolved.